Slide to See the difference!

Get Your Free Estimate Now

We are providing residential and commercial professional carpet cleaning services.  At ApexClean, our goal is to provide you with the best steam cleaning at affordable price throughout the wider Auckland areas.

John Glen
Verified
Ben arrived promptly spent some time sourcing hose tap & power access, placed plastic protectors to ensure no damage could occur to walls / corners while moving the equipment in to the house. Worked in a very professional manner (non stop) cleaning a massive rug & 3 piece suite. I am an independent customer, my daughter used their services & made the recommendation, you should consider using them, I would give them AAA+++ (my top rating) John Glen (New Windsor)

suzi jowsey
Verified
I very much like Apex. Bobby did an excellent job of cleaning our rather marked and old (but still great) BnB Italia sofas and ottoman. The whole process from quote to job done was great. I liked too that he was very mindful of making sure everything in the home was protected when bringing the gear through. Definitely will use them again.

Ibrahim A
Verified
Showed up on time and did a professional job. The technician, Bobby, was very friendly and did a great job. I'd use ApexClean again and would recommend them to others 👍

Narelle Whiteacre
Verified
Was able to get a prompt booking and they did a fantastic job. Great communication too.

Jonathan Stiers
Verified
We had lilies fall on our light beige carpet, leaving dark yellow stains from their pollen that wouldn’t come off. We tried all sorts of remedies suggested online but nothing improved it. Then a bottle of dark red nail polish spilled on the carpet. After 45 minutes of work ApexClean had the stains gone and the areas looking as good as new!

Grace Iwashita-Taylor
Verified
Prompt service to a last minute request. Professional technician who polite and just got on with the job. Fast and high quality clean and dust mite treatment. Amazing communication. 💯 using this service as our go to.

L.J. Gordine
Verified
Bobby was the person on the day and was very professional and friendly. Rang ahead of arrival, did a walk through before and after the job, very happy with the results. Would highly recommend. Thank you team.

Selene W
Verified
I called apex cleaners very last minute the night before, and they were accomodating and let me book an appointment for a big cleaning job. The technician, Bobby, was punctual, fast, and efficient! My mattress looks brand new - old set in stains were removed! Bobby also cleaned the carpets of four bedrooms - they looks so clean and fresh it’s unbelievable! The job was done quickly and to a high standard.

Brooke Whale
Verified
Would use again!! This company was so accommodating from start to finish. They replied to emails promptly, gave a fair price, were punctual, listened to my concerns and most importantly, did a great job cleaning. I'm overjoyed with the results and their willingness to please. Bobby did my clean so shoutout to you, Bobby 🙂
Read More
Write a Review

ApexClean’s cleaning processes get deep into the fibers of your rug or carpet to remove the dirt, allergens and contaminants that the best vacuum cleaners leave behind. Our process will enhance the indoor air quality, the longevity of your rug, and the beauty of your home.

With years of experience and some of the best equipment in the industry, we have high rates of success at stain removal. Unfortunately we cannot guarantee we will be able to remove every stain, however we will let you know whether we believe we can get a stain out at our inspection.

Our Three Step mattress cleaning allows to achieve the best possibleoutcome for your mattress.  After we finish our professional mattress cleaning service you will sleep easy and safely in your clean, sterilized and deodorized mattress.

Fabric and Fibre Protection for your Carpets, Rugs and Upholstery. It will protect your valuable assets and pace of mind.  It will act as an unseen protection or barrier protecting the surface and safeguard it from stains and dirt.  This can really help to preserve and extend the life of your carpet and upholstery. It helps to clean any potential stains quickly, easily, and effectively.

Leather furniture has been cherished for its luxury and comfort. As it ages, it often becomes even more comfortable and well-loved. Unfortunately, if it is not properly cleaned and maintained, your leather furnishings will deteriorate, cracks, tears will appear. The experts at ApexClean can restore, revive and refurbish the look and feel of your leather furnishings so that you may enjoy them for years to come.

Easy booking system, you can book online in 5 mins.

Select standard or premium steam clean. Tailored for your needs

Top rated and loved by our loyal clients across the Auckland

We Steam Clean it

HARNESS THE POWER OF STEAM CARPET CLEANING. Steam is natural, it leaves no toxic residues, it is also very effective to reduce or eradicate pathogens such as bacteria, fungi and virus, including Covid-19 Corona Virus that cause serious disease or death. 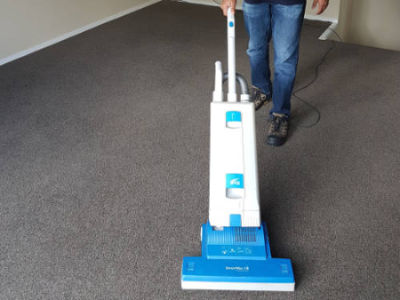 For a Premium Carpet Steam Cleaning, we use a professional soil extractor, a high-quality commercial vacuum with a powered-rotary brush, to loosen and remove deep down dirt, dust, and allergens. 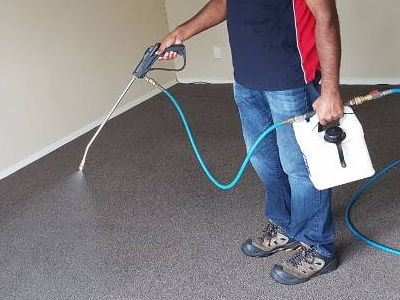 Then a high-quality eco-friendly and mild non-toxic cleaning solution is applied to carpet fibers with special attention given to problem areas. This will loosen the attached dirt, oil and allergens from the fibers and kill any harmful microorganisms lurking the surface. 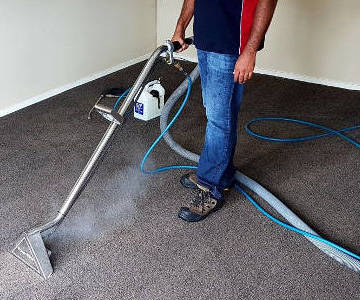 Finally, we will rinse out with high pressure hot water (60°-110°) depending on the fibre and extract with high power vacuum to remove dirt, pollens, pollutants, dust mites, etc. from your carpet.

We will clean, refresh & restore your investments, while you Relax & Enjoy!

Carpet, upholstery, rug and mattress are all need to be cleaned and sanitized regularly not only for healthier homes but also for extending the life of your investment.

What Areas do you cover?

HOW OFTEN SHOULD I GET MY CARPET CLEANED?

To be frank, the industry standard recommendation is that any carpet or upholstery you have at your residential home should be professionally cleaned at least every 12-18 months. If your carpeting gets more frequent foot traffic, if you have pets or child, you should consider cleaning it more frequently, every 3-9 months. Office or commercial space carpeting needs more frequent cleaning, every 3-6 months. This is because carpets can act as a sort of filter and collect all sorts of grime and allergens. So it can act as a breeding ground of nasty microorganisms such as bacteria and fungus. Vacuuming on a regular basis can alleviate the problem but to a limited extent only. Professional cleaning is required for a deeper and more thorough clean and to maintain a satisfactory carpeting or upholstery hygiene.

What is the best method of carpet cleaning?

There are mainly 5 methods of carpet cleaning. They are Hot Water Extraction (HWE) Cleaning, Carpet Shampooing, Encapsulation, Bonnet Cleaning and Dry Carpet Cleaning. Hot water extraction cleaning is the most effective cleaning out of all the other cleaning methods. So this method is the most popular one. In fact, most of the carpet manufactures and reputed professional carpet cleaning and restoration services suggest HWE method.

IS YOUR TECHNICIAN WELL TRAINED?

Yes, our technicians are will trained and have years of experience in the field.

IS YOUR BUSINESS INSURED?​

Yes we are insured.

Should I Vacuum before you arrive?

That won’t be necessary. We do however recommend that you prepare your home before our technician arrives on site and keep it as tidy as you can. In particular, move breakables such as expensive flower vases, paintings, photo frames and lamps to a separate room or to a safe place to avoid accidents. Also move light furniture such as plant stands and low coffee tables to make more room for thorough cleaning. Stow away anything on the floor that may constitute a tripping hazard such as a pair of boots or children’s toys. And if you have a pet, take the necessary precautions to keep it away and safe.

Can you remove all stains?

Some carpet stains and spots are more difficult to remove than others. In particular hair dye, permanent marker, pet urine and blood require special treatment. But rest assured that ApexClean has an array of effective and professional grade stain removal products and cutting edge equipment to deal with even the toughest stains and worst spills.

Do you offer us any guarantee?

We are so committed to providing the best quality carpet, upholstery and rug cleaning and restoration services. If you are not satisfied with any of our service (provided your expectations are realistic) we will gladly come back, free of charge, we redo it until we completely meet your satisfaction needs.

How long will it take to dry?

Actual drying time may vary depending on Humidity, Temperature and Airflow.  See the following methods for a fast drying,

Quick Quote
Get a Deal